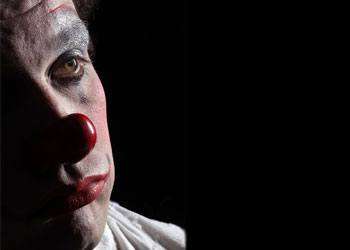 Opera Roanoke opens its 44th season with Leoncavallo’s beloved tale of love and betrayal – Pagliacci. In a brilliant balance of humor, romance, and tragedy the love story of comedy troupe leader Canio and his wife Nedda unfolds to reveal a murderous secret. The fate of Nedda and her secret lover Silvio rests in the hands of Canio, who’s driven by heartache and a thirst for revenge.

Maestro Steven White leads an all-star cast including Clay Hilley as Canio, Sara Duchovnay as Nedda, and Corey Crider as Tonio. Joined on stage by members of the Roanoke Symphony Orchestra and singers from the Opera Roanoke Chorus and Roanoke College Choirs, this is sure to be an unforgettable start to Opera Roanoke’s 44th Season.