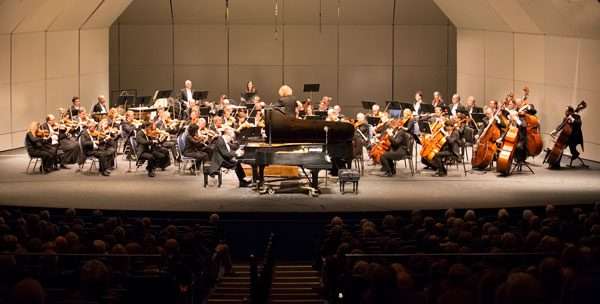 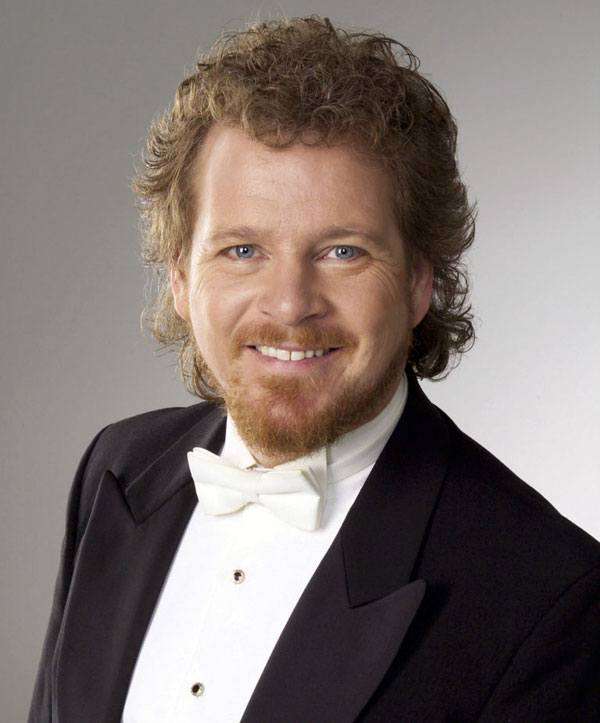 Now in the prime of a distinguished career, Wiley has conducted such symphonies as Atlanta, Buffalo, Cincinnati, San Francisco, Milwaukee, Indianapolis, Minnesota, Saint Louis, Oregon, Hawaii, and Utah, as well as in dozens of countries in Asia, Africa, and Europe. Recently, Wiley made his triple debut with Boston Pops as conductor, composer, and piano soloist in Boston’s historic Symphony Hall. Wiley enjoys a multi-faceted and in-demand career as an orchestra builder, guest conductor, arranger, educator, and chamber music collaborator, and inspires and engages both orchestras and audiences.

Blossoming under David Stewart Wiley’s energetic and committed leadership since 1996, the Roanoke Symphony Orchestra (RSO) in Virginia has experienced continued artistic growth, program innovation and expansion, and increased financial stability. His tenure with the RSO is a remarkable success story, with consistently stellar reviews, a diverse and impressive list of guest artists and composers, and innovative commissions of new music. Wiley is an engaged and active community partner and recognized celebrity, having been named Roanoke’s “Citizen of the Year” for his outstanding service and outreach. David was part of the leadership team who traveled to Denver as Roanoke received its 7th “All-American City” award. Wiley actively partners with schools and numerous arts and civic organizations, and the RSO & Wiley received a prestigious Distinguished Music Educator Award from Yale University for its partnership with city schools. The RSO produced its first live TV broadcast and collaborates with WVTF public radio to broadcast many of its concerts. His energetic work bringing classical music to youth in our minority communities has been steadfast, and he was honored by the NAACP as Citizen of the Year in the Arts for his service.

Wiley also serves as Music Director & Conductor of Orchestra Long Island (OLI) after the closing of the LI Philharmonic and continues to travel regularly to New York to lead concerts for tens of thousands each year in venues from the Bronx to the Hamptons. Wiley also enjoys a special relationship with Virginia’s Blue Ridge Music Festival and previously served as Assistant Conductor of the Minnesota Orchestra and the Indianapolis Symphony Orchestra. As an experienced leader, Wiley plans and facilitates an innovative experience with business executives and musicians together on stage titled “Conducting Change” which helps executives to model leadership skills in a fun and engaging atmosphere with a live orchestra.

As a solo pianist with diverse classical, pops, and chamber music experience, Wiley has performed with numerous orchestras in the United States including Boston, Minnesota, Indianapolis, Oregon, Honolulu, Wheeling, and West Virginia, performing major concerti by Baroque to contemporary, often conducting from the piano. He has appeared in recital and chamber music appearances in China, Russia, Romania, Germany, Hungary, Italy, the Czech Republic, and Bulgaria. Numerous opera and ballet performances include the Aspen Opera Theater, IU Opera Theater, and the Moscow Ballet.

Wiley’s CDs include an album of French Cello Concerti with Zuill Bailey & the Roanoke Symphony on Delos International, Beethoven’s Symphony No. 9 “Choral” with the RSO & Choruses, American Piano Concertos with Norman Krieger & the RSO on Artisie 4 which includes Wiley’s third piano concerto. He has released Wiley & Friends: Classical Jazz, American Trumpet Concertos with the Slovak Radio Symphony/Neebe, and violin/piano duo CD Preludes & Lullabies with Akemi Takayama, Sempre Libera with soprano Adelaide Trombetta, a solo piano CD with all original compositions Full Circle, and Piano Bells. As a composer, he wrote symphonic music for the film “Lake Effects”, which featured a symphonic soundtrack performed by the RSO, Wiley conducting, with original music by Boyle and Wiley. Numerous orchestras, including the Boston Pops, continue to perform his music.

David Stewart Wiley won the Aspen Conducting Prize, was Assistant Conductor for the Aspen Music Festival, and was awarded a Conducting Fellowship at Tanglewood. Wiley holds both a Doctor and Master of Music in Conducting from Indiana University, a degree in Piano Performance with honors from the New England Conservatory of Music, and a degree in Religion, summa cum laude, from Tufts University. He is a recipient of the Perry F. Kendig Prize for service to the arts and is a Paul Harris Fellow from Rotary International. He and his wife Leah are the parents of two active and artistically talented teens.

Celebrated violinist Akemi Takayama has served as the concertmaster of the Roanoke Symphony Orchestra since 2004. In this vital leadership role, she brings to our orchestra an extraordinary depth of musicianship, glorious solo sound, vibrant stage presence and natural musical leadership. Ms. Takayama appears regularly as soloist and concertmaster of the RSO, and Williamsburg Symphony Orchestra as well as an active chamber musician and associate professor at the Shenandoah University Conservatory of Music where she holds the Victor Brown Endowed Chair. Ms. Takayama is currently in her fourteenth year as violinist for the internationally renowned Audubon Quartet, and tours regionally and nationally with the group. Her recordings with the Audubon Quartet include four CDs, all available on the Centaur and Composers Recordings labels.

Akemi Takayama received first prize in both the Northwest Regional Music Teacher National Association and the Grand Junction Young Artist competitions. She has performed at and served on the faculties of the Chautauqua Institute in New York, the Idyllwild School of the Arts in California, the Brevard Music Center in North Carolina, Shenandoah Performs in Virginia and at Virginia Tech. During her graduate studies, Akemi was a teaching assistant to the renowned Donald Weilerstein at the Cleveland Institute of Music, where she earned both an Artist Diploma and a Master of Music degree. Previously, she studied with Toshiya Eto and Ryosaku Kubota at the renowned Toho School of Music in Tokyo, where she earned her bachelor degree in music performance. She also studied with Brian Hanly at the University of Wyoming where she earned her professional studies degree. Ms. Takayama won a position in the prestigious Marlboro Music Festival and the Isaac Stern Music Workshop. The late Isaac Stern said of Ms. Takayama “she is a true musician and will always bring credit to any group that she works with.” Akemi indeed brings great credit to the RSO and to our region.

Ms. Takayama plays a J.B. Ceruti violin from Cremona, Italy, made in 1805. 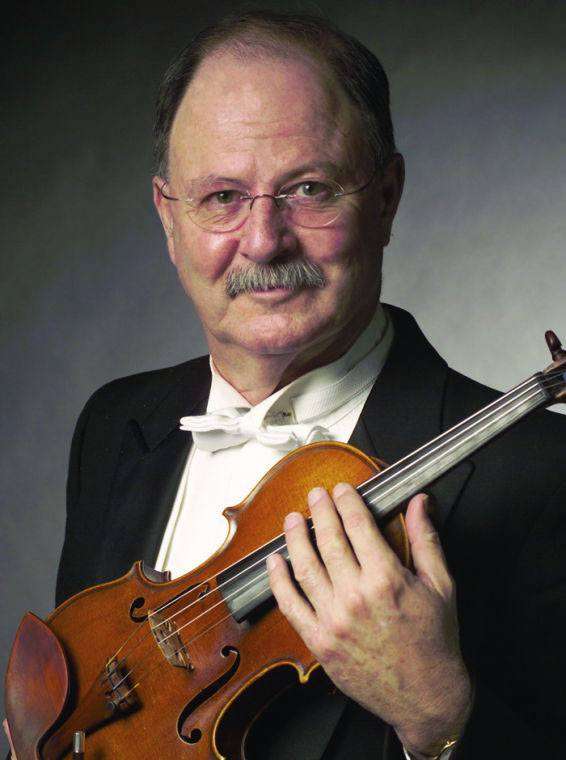 James Glazebrook has served as the Conductor of the Roanoke Youth Symphony Orchestra since 1988. In this capacity, he provides the artistic leadership to a 70-member orchestra made up of student musicians, ages 12 to 18, from a six-county region. The only professional orchestral training for young people in western Virginia, the Roanoke Youth Symphony has been in existence since 1956 and has grown dramatically in its achievements under the guidance of Mr. Glazebrook. Last season, the Youth Symphony performed three public concerts and three educational “Discovery Concerts” for area students. Membership in the Youth Symphony is obtained through spring and fall competitive auditions.

The RSO’s Associate Concertmaster, Mr. Glazebrook is a talented musician who has pursued a diverse career as orchestra member, conductor, and university professor since completing his musical studies at the University of Iowa. He began his conducting career with the San Diego Civic Youth Orchestra and has many years of experience teaching all ages and levels of ability.

As a violinist, he has performed in chamber music concerts and recitals throughout the United States and has participated in Festivals in Alaska, Oregon, Colorado, and Virginia. In addition to his associate concertmaster role in Roanoke, he has been concertmaster of the Colorado Springs Symphony and the New Hampshire Music Festival Orchestra. 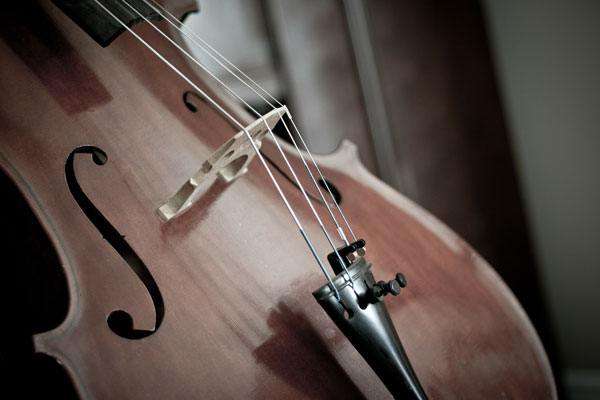 A native of South Dakota, cellist Kelley Mikkelsen has performed in concerts throughout the United States and Europe and has worked with a variety of celebrated soloists, chamber musicians, and conductors, such as Bobby McFerrin, Yo-Yo Ma, Joan Tower, Ursula Oppens, Gary Karr, as well as the Cleveland, Colorado and Cavani Quartets. As cellist of the internationally renowned Cassatt Quartet, she made appearances at Alice Tully Hall, Weill Recital Hall at Carnegie Hall, the Tanglewood Music Theater, Symphony Space, Bargemusic, the Kennedy Center and the Library of Congress. She was the recipient of numerous prizes and awards, including CMA/ASCAP awards for adventurous programming, commissioning grants from Meet the Composer and the National Endowment for the Arts, as well as an award of excellence from the Academy of Arts and Letters in NYC. She has been invited as Artist-in Residence to Princeton and Yale Universities, Syracuse University, the University at Buffalo, Bucknell University, and the University of Pennsylvania.

She earned her Bachelor of Music degree from the Eastman School of Music as a pupil of Paul Katz, and completed her MasterÕs degree at the University of Akron, studying with Michael Haber.

With a deep commitment to nurturing young musicians, Ms. Mikkelsen has taught on the faculties of Augustana College, the University of Nevada, Las Vegas, and East Carolina University, and she currently maintains a private studio.

She has recorded for the Koch, Naxos, New World, Point, CRI, Tzadik, and Albany labels.

Ms Mikkelsen plays a Bartolomew Bimbi cello from Florence, Italy, made in 1780.